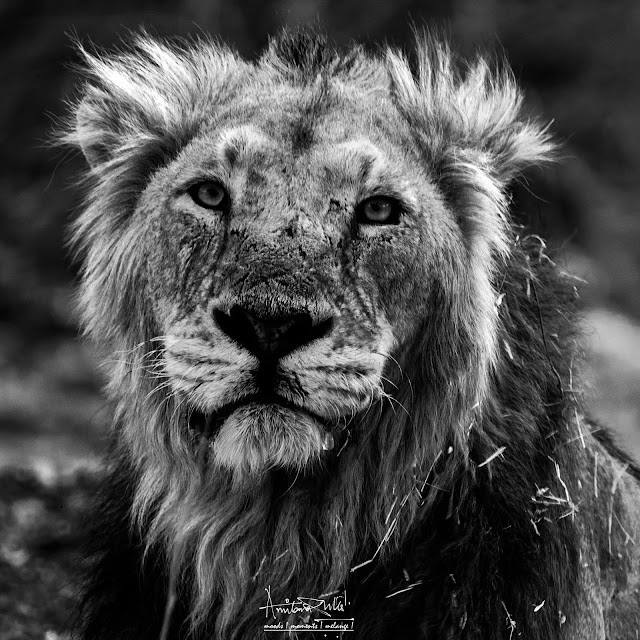 22 Feb 2019 - 0500 hrs, the four of us (WingCo TK Sarkar, Arunava, Runa and I) set out from CEDO Homestay (Moti Virani, Nakhatrana, Kuchch). I had woken up with a ‘Delhi Belly’ that morning. Perhaps a natural consequence of overindulgence in local gastronomic delights of Kuchch. Mr Jugal Tewari, realizing that we had a long day ahead of us, quickly packed a jar full of home-made curd (Indian yogurt) and along with it he gave us a mixture of spices, which he said I should sprinkle on the curd while eating. He also handed me SOS medicines incase of emergency. I am really thankful to Mr Tewari for his care and compassion. Sunrises around 7.30am in Kuchch during the month of February, thus 0500 hrs is practically well before twilight. To be able to put together something so quickly is highly commendable and cherished.


As per our itinerary, we would make an overnight halt at Dwarka (464 Km) and then move on to Sasan GIR via Somnath.
No surprises along the route.

The drive takes you along the western coastline through the city of Jamnagar, past the iconic Reliance Petrochemical complex (considered one of the largest petrochemical complex in the world). Along the way we witnessed massive flocks of cranes & pelicans flying across the sky in search for food. A very delightful sight. Stopping along the highway every time a flock flew by made many onlookers wonder whats wrong with these guys. The thrill of watching their aerodynamic flight never ceases no matter how repetitive it may be. 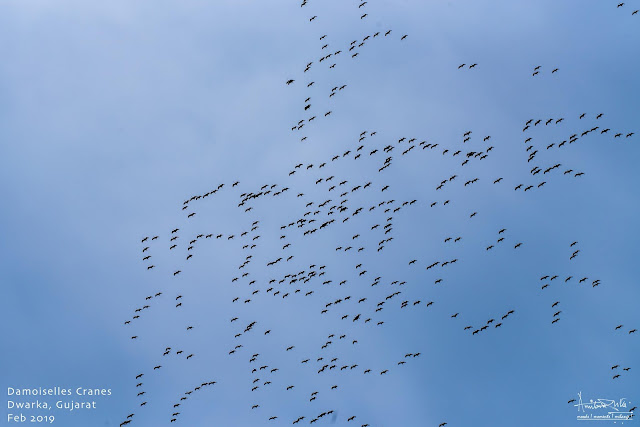 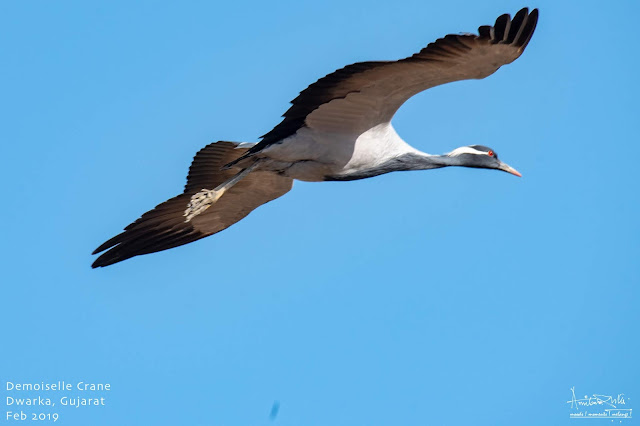 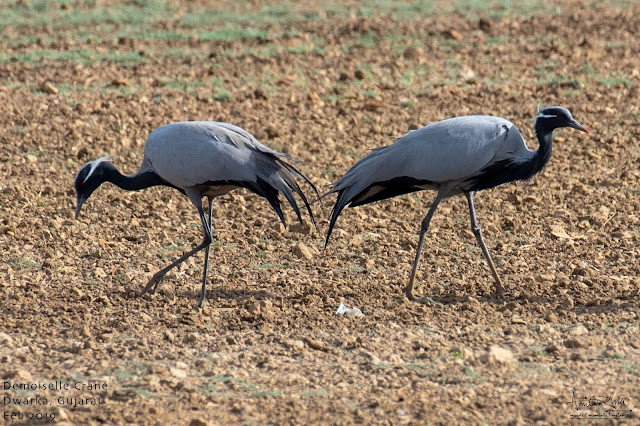 My systems were quite stable during the drive, and we arrived well ahead of time at our hotel. While my partners decided on a quick tour of the city and a visit to the famous Dwarkadish Temple, I stayed back and rested in my hotel room. Peaceful night, minimal intake, a good sleep made a world of difference.

Next day enroute to Sasan Gir, we made a stop at Somnath for lunch, and paid a brief visit to the iconic temple. I am not the religious kind, but what draws me to temples, churches and mosque is mainly their gorgeous architecture. I do hate the filth and the unruly crowd that is a common signature across most of our temples. Somnath was no exception. Built in the Chaulukya style of temple architecture, it showed the class of Gujarat's master masons.


We arrived at Sasan Gir by late afternoon of 23 Feb. Checked into Anil Farm House Resort.  Located on the banks of Hiran River and surrounded by extended Gir Forest, Anil Farm House, is essentially a unique Mango Orchard with more than 3000 Mango trees and Flower nursery. The ambience and its surroundings take you to a different world altogether.

It boasts of a Botanical garden with different variety of mangos, palms, flowers, medicinal herbs. More than 300 varieties of mango from regions as far as Afghanistan have been meticulously grown. We also spotted marsh crocodiles on the bank of the river which borders the resort in addition to a variety of birds and jungle cat. The icing on the cake was the roaring of lions at night which we could distinctly hear, being on the edge of the forest.

The next few days were spent in the care of Anil Farmhouse, and our Naturalist friend Salim I Bloch. What a man! Really an awe-inspiring person – passionate cricketer, serious naturalist,  wildlife enthusiast and a good photographer. Salim is a diehard protector of Gir assets.  Well before arriving I had made known my priorities to Salim. His ever confident response ‘OK Boss all done’ made me wonder if he really understood! Within minutes though, he collected all details of the team, took note of my camera, lens, and in his confident style said will get your job done right from arranging stay, to food preferences, personal interests, etc. 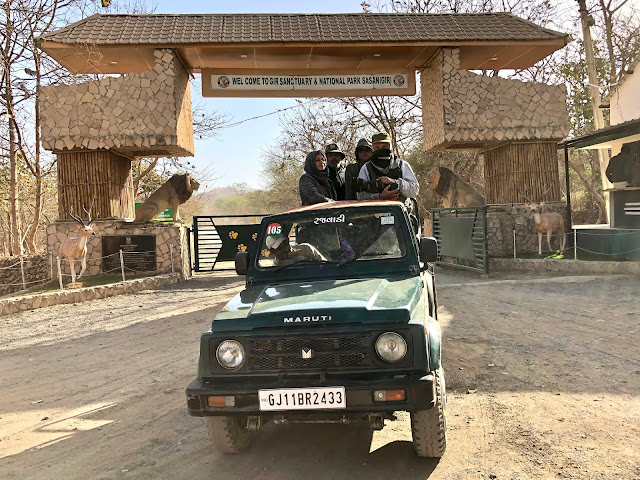 Gir Range, a  low mountain range in western Gujarat state, on the southern Kathiawar Peninsula. The range is extremely rugged.  The hills are home to an enclave of tropical dry deciduous forests. Nestled in the Gir range is the Gir National Park, the only home of the Asiatic Lion. Tourists are allowed to witness these charming creatures only at the Sasan-Gir Range of the National Park. 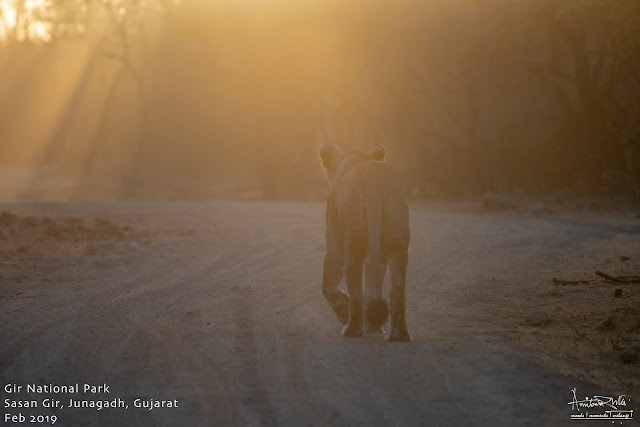 Orchestrated by Salim, the next three days where filled with exciting encounters in the den of the ‘Lion King’. Frankly speaking the charm of the Lion is so over bearing, that we missed noticing many of the avian beauties of the region. I will cover some of those we witnessed, in a different post. 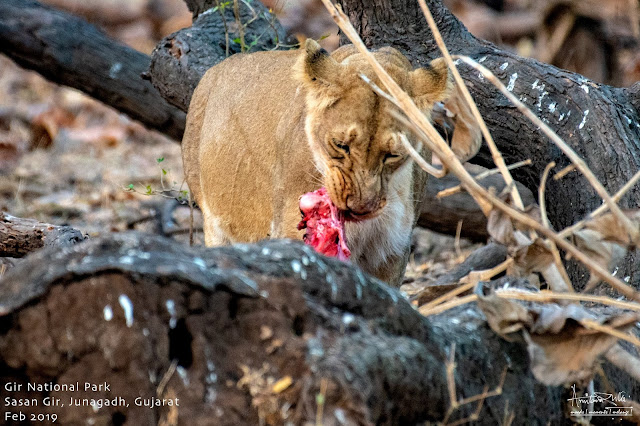 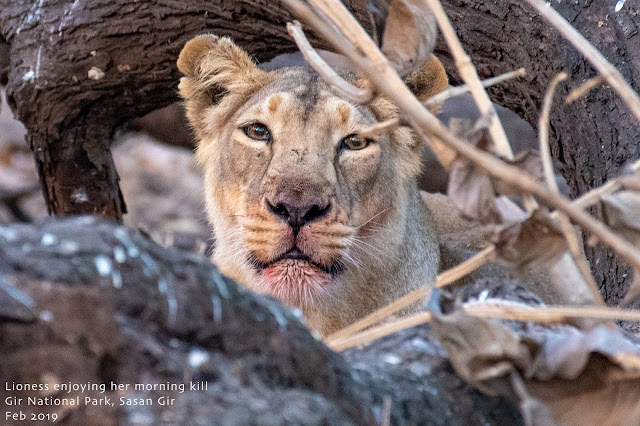 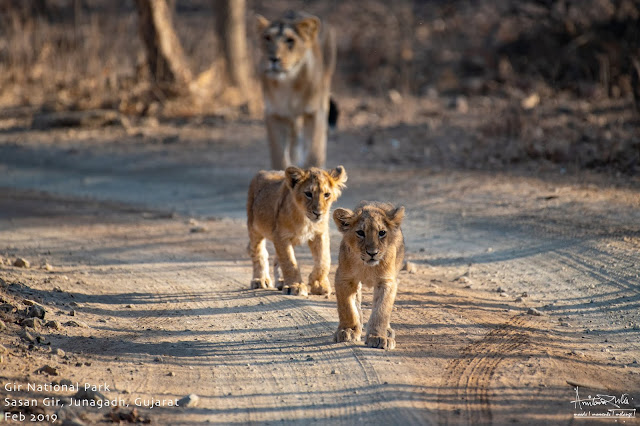 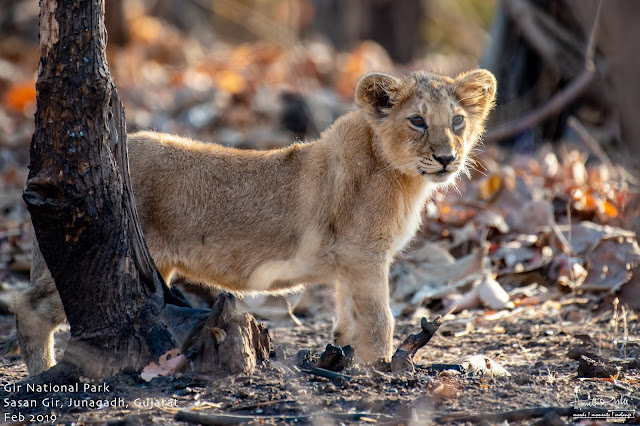 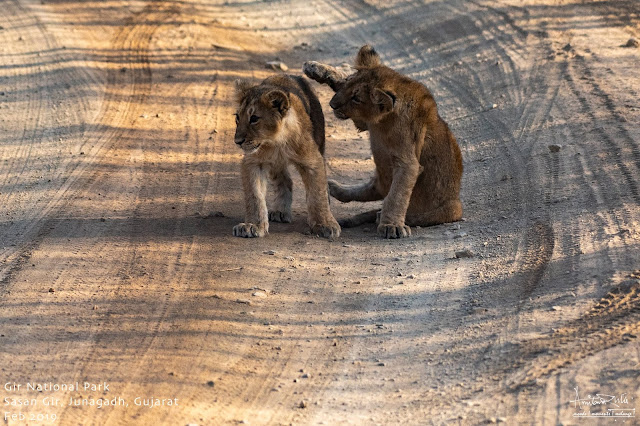 The Asiatic Lion (Panthera leo persica), which in historical times ranged from Caucasus to Yemen and from Macedonia to India through Arabia and Iran. Within India too, there are records of Asiatic Lions being sighted near Bengal. Sadly in 1907 there were only 13 odd lions left in Gir, when the Nawab of Junagadh gave complete protection to them. 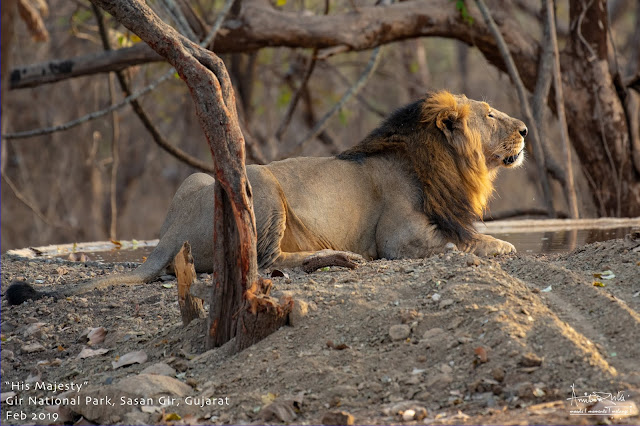 The Asiatic Lion has been declared the most endangered large cat species in the world. Their numbers ranging between 600-650, all concentrated amongst 1500 Sq Km Gir Ranges (Gir Junagadh, Gir Somnath, Amreli and Bhavangar). 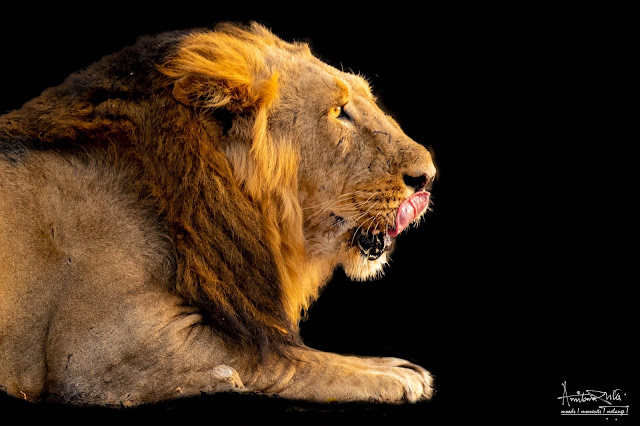 There is a lot of responsibility on you and I, if we want our next generation witness such rare beauties. Conservation my friend is therefore each and every citizens responsibility. Cause if the King disappears from our earth, the entire biodiversity chain will get dis-balanced.

Hakuna Matata in Swahili means 'no trouble'. The phrase was popularized by the Disney animated film The Lion King (in which it is translated as "no worries" in a song named after the phrase). Contrary to the song there is considerable risks to these magnificent felines. Until their habitat is restored beyond the Gir range and their numbers soar, all I can say....