Panna is not a high priority location for most of us. It is highly likely that many may not recall any association with Panna. The only reference, if any, is perhaps the diamonds of Panna. However if you chance to look at the topology of the land, this is a highly valuable region.

Panna was the capital of Vindyachal, once ruled by the Gond Kings in the 13th century. Considered very rich in mineral resources, the forest and Vindyachal mountains add to the richness of the region.
Panna falls in the Vindyachal - Bundelkhand region and essentially a tribal province. The tribal are the true bearers of the culture and diversity of India. Their existence and development is extremely critical.  At the same time, tribal resources have to be zealously protected and promoted. If these regions are neglected, ignored and exploited India cannot develop.

Panna Tiger Reserve (Madla)
Panna national Park located in Panna & Chatarpur districts of Madhya Pradesh, has an area of  about 540 sq km. Panna was given the Award of Excellence in 2007 as the best maintained national park of India by the Ministry of Tourism of India. It is an irony that by 2009, the entire tiger population had been eliminated due to poaching. Panna Tiger Reserve is a unique habitat. It has hills, grasslands and a river combined in one great natural setting. It is rich in Teak, Mahua, Accacia, Amla, Kardhai trees and other deciduous vegetation. The savannah grasslands surrounded by the Kamravati (Ken) river forms a unique habitat that provides ample protection to the animals & birds including the riverine habitants.
Apart from the usual animals, the park is home to more than 200 species of birds including the bar-headed goose, honey buzzard, king vulture, blossom-headed parakeet, Changeable hawk-eagle and Indian vulture.  This time of the year (October) the savannah grass are 3 – 4 feet high and are absolutely perfect for the tigers to hunt, which also makes sighting a bit tough. Unofficially it is claimed that Panna has about 10 tigers (mostly cubs) at the moment. While we did not get to sight a tiger, but there were other visitors who sighted a tigress, couple of times on the day of our visit. The evening before our visit, people saw a pair of leopards very close to the main gate of the reserve. 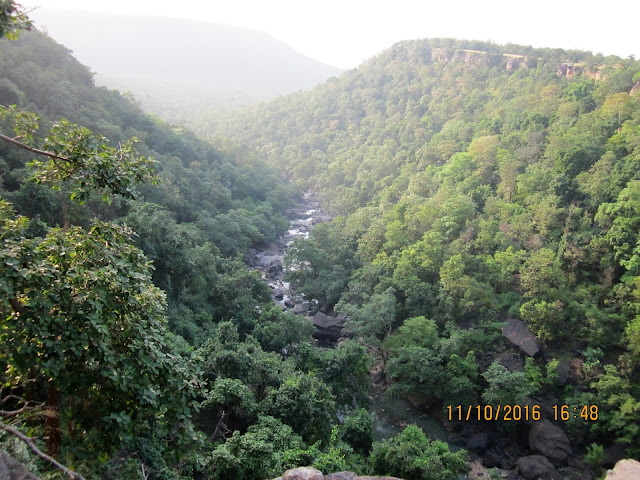 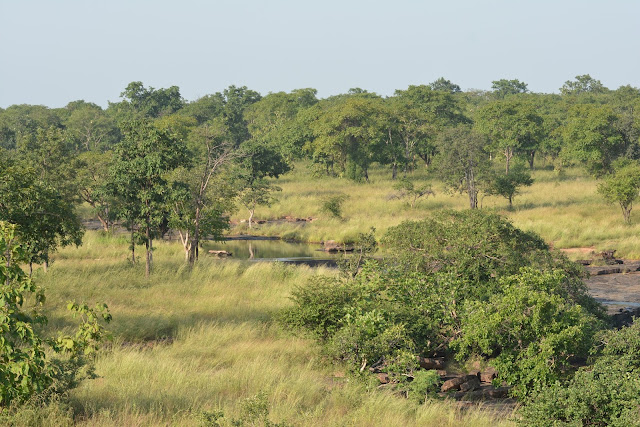 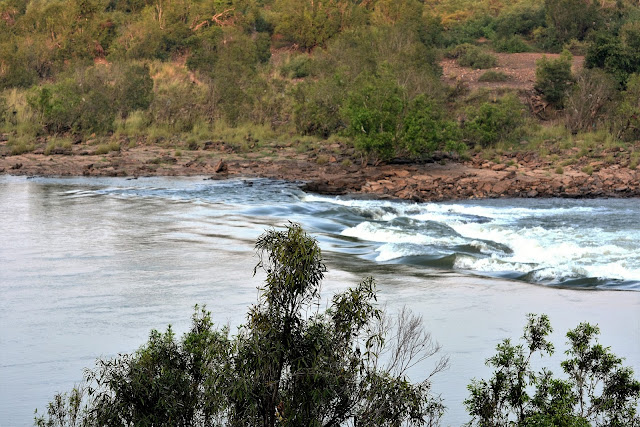 On my part, I really was mesmerized by the beauty left behind by the monsoon season. We were greeted by absolute greenery on a misty morning. We could have spent days together in such bliss. Our greatest satisfaction apart from the natural beauty was sighting of some amazing birds.

It is sad to hear that this pristine reserve may be destroyed if the Government of India allows Rio - Tinto to set up a daimond mine in this region. For close to a decade, this question has riled decision-makers in the country as they have weighed the pros and cons of letting Rio Tinto, one of the world’s largest mining companies, look for diamonds under the Chhatarpur forests in the central Indian state of Madhya Pradesh (estimated diamond reserve of Rs 30,000 crores). If that happens that would be a very sad day for the entire country. In addition, recently the Government has given a clearance to link Ken  & Betwa rivers which will submerge 4000 hectares of forest land, thus depriving and putting at risk the wildlife in the reserve.

Khajuraho
Having come all the way, we decided that we should visit the temples at Khajuraho, a UNESCO heritage site, a site of the Chendelia Kings contribution to humanity. 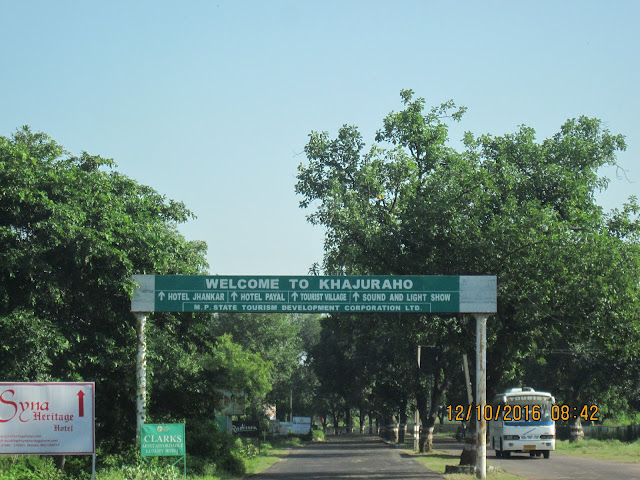 The architecture, unique sculpture and the outstanding designs are really a treat. In this 21st century, standing there in front of these monuments, you realize how minimal is your knowledge and appreciation of perfection. A temple constructed in the 9th century, with such articulate sculptures that depicted a very modern society, and at the same time the architecture depicts immense mathematical, engineering and computational capability without the aid of modern tools, is just unbelievable! 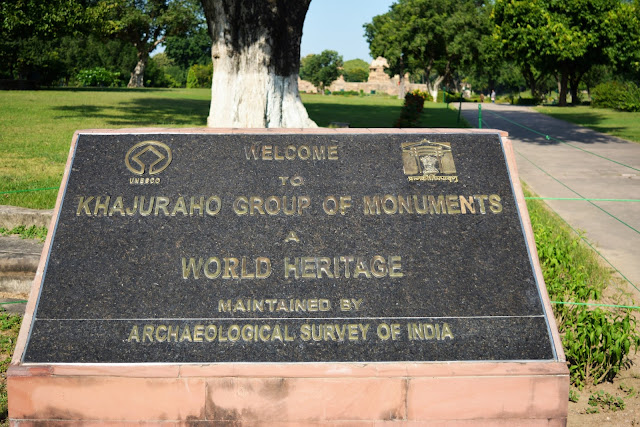 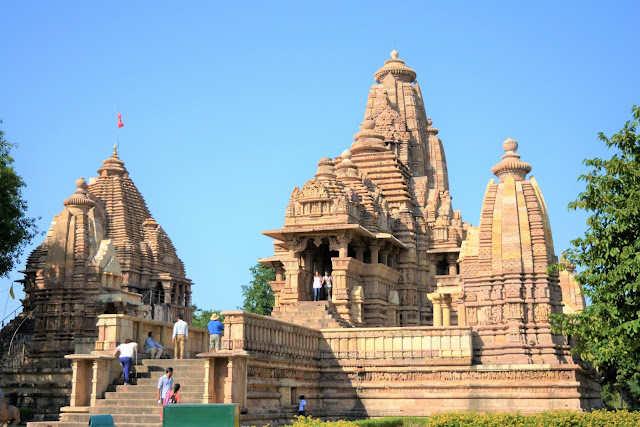 Really felt humbled and illiterate while we graced the gorgeous work of art. The name Khajuraho, or Kharjuravāhaka, is derived from ancient Sanskrit (kharjura means date palm, and vāhaka, means "one who carries" or bearer). Local legends state that the temples had two golden date-palm trees as their gate. For Dr. Devangana Desai, Khajuraho is a magnificent obsession, and her study of this medieval Chandella temple town spans nearly three decades and covers every conceivable aspect of its religion, art and philosophy. Her work represents the most scholarly and thorough reading of the temples and their imagery. Dr Desai, states that Kharjuravāhaka also means scorpion bearer, which is another symbolic name for deity Shiva (who wears snakes and scorpion garlands in his fierce form). Dr Desai mentions through her research that artists & sculptors of Khajuraho used their knowledge of words and double meanings in both written & visual language. That is perhaps one of the leading insights into the depiction of erotic & divine sculptures. Anyone interested for further details on Khajuraho should read her works. 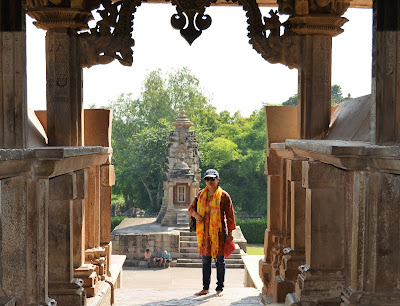 The wonder that is Khajuraho, is the depiction of immense knowledge, engineering, literature & art. It definitely portrays Indian civilization as one of the oldest and most advanced civilization in its time. Something that has to be experienced and understood.

Panna Diamond Mines
We were lucky to get a trip organized to visit Panna Diamond Mines at Mahajgaon, which is managed by National Mineral Development Corporation (MNDC, a Government of India PSU). Its a tedious process to get an entry pass. Too much security. Thanks to Shridhar (GM of Panna Tiger Resort) who utilised his local connections for the pass. First time in my life got to see diamond extraction so closely. Process is very similar to Open Cast Coal extraction. But the trick is in crushing and detecting the crystals.  Panna mine extracts approximately 100 carats of diamond every day. By the way the diamond does not look impressive at all when extracted and until it is polished. The diamonds unearthed are all collected by the district magistrate of Panna and are auctioned in the month of January. Unfortunately photography is banned in and around the mine. 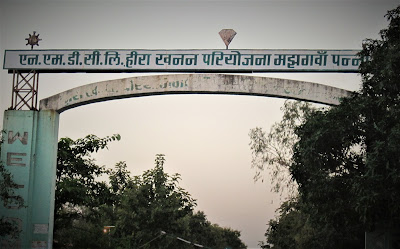 Panna Roundup
As we rounded up our stay at Panna, I cannot afford not to mention about our memorable stay at Panna Tiger resort. The resort is about 1 Km from the Madla gate of Panna Tiger Reserve. It’s a nice cosy place, and most importantly has a fabulous team led by Shridhar (GM). We were really impressed at the care they took. Making sure we had adequate food supplies and water every time that we set out into the forest or a for a visit. Even on the day we left at 5.00 am sharp we had packed breakfast and bottles of water ready to be loaded on to our car, with the entire team at the gate to wish us Bon Voayage. 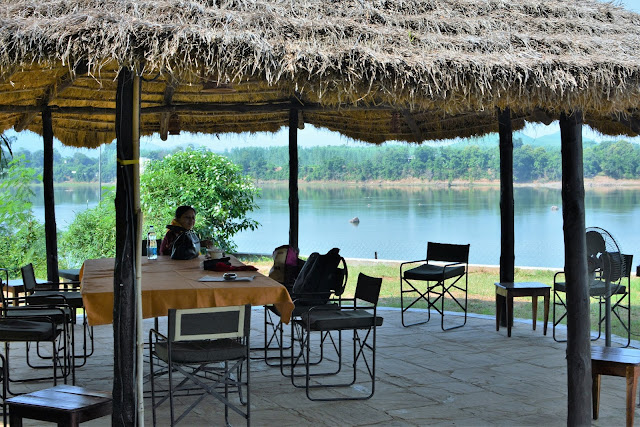 Overlooking the Ken river, Panna Tiger Resort, handled all aspects of our stay and the visits. You could make any demand on Shridhar and he made it a point to get the desire fulfilled. 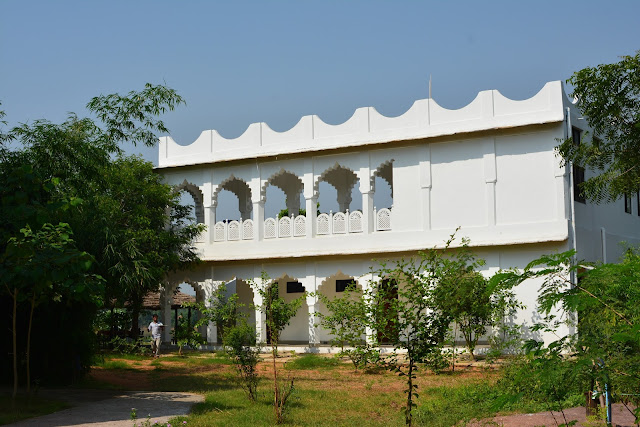 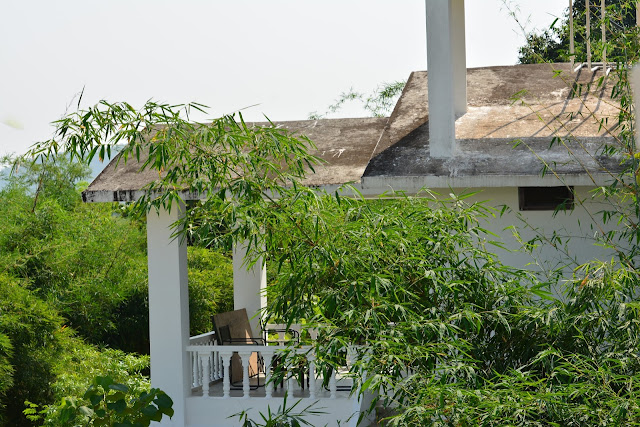 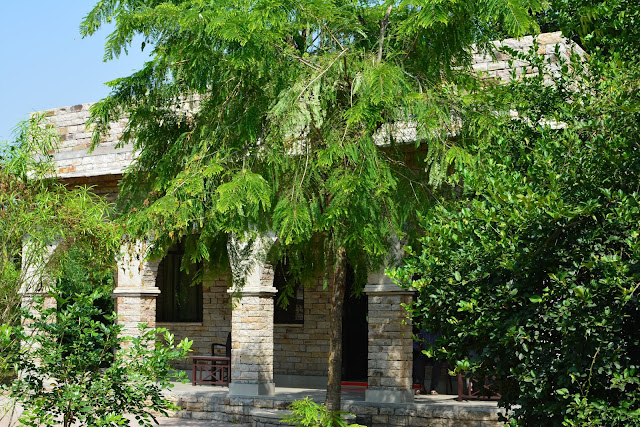 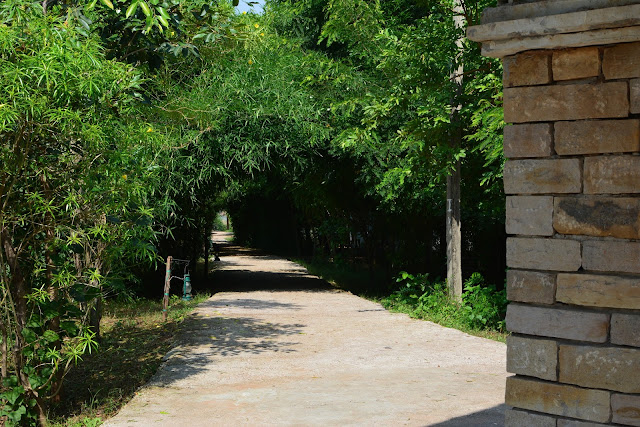 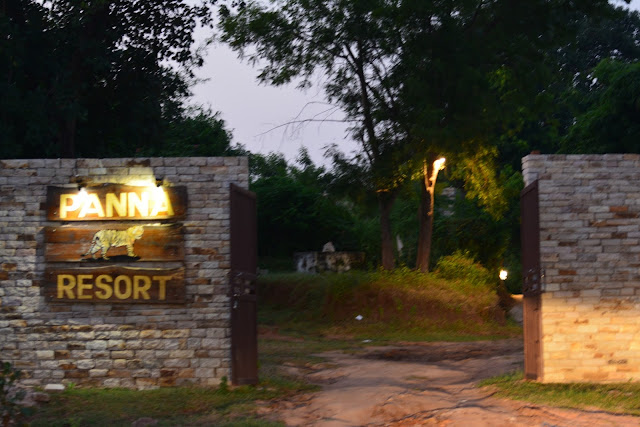 Hats off to the entire team, for making the visit so memorable and enjoyable!