Bangalore is a 24 x 7 city! Inspite of significant traffic on the streets at 5.30 am, we did not face much hassle in getting on to the Bangalore – Mysore highway. This road is in the midst a lot of construction activity due to Metro expansion work. What would have been stressful during the day, was fairly decent at the wee hours of the morning.

Until Mandya, traffic was decent, and moving at a healthy pace. We confronted dense fog at Mandya, quite a surprise, which stretched almost 5Kms, and in some sections the fog being fairly dense. Our first brush with dense fog on a highway was during the earlier RADventure trip near Haridwar. Thus once experienced, this time it was not a worrisome challenge. Its still an experience worth its while. I could see other vehicles struggling in the fog since Bangalore – Mandya – Mysore traffic is quite heavy.


Once you get past Mysore there are couple of options to reach Wayanad. You could take the Mysore – Calicut highway which goes through Muthunga Forest. On the other hand we took the other longer alternative i.e. drive through Bandipur, Madumalai forests and reached Gudalore. Thereafter we took the road to Sultan Bathery onwards to Kalpetta.

Bandipur, Madumalai, Muthunga are all part of the Nilgiri Range and are named separately as they fall under the jurisdiction of the different states. 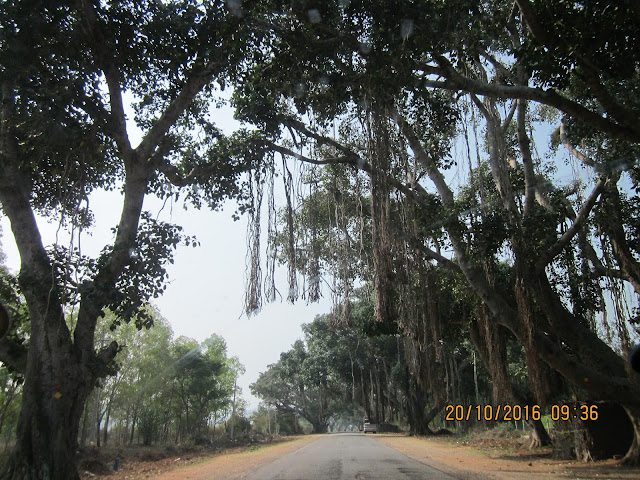 The drive from Gundlpet all the way to Kalpetta was simply superb – coffee and tea estates sprinkled with paddy fields in between and coconut trees lined the route which winds its way through Nilgiri Range and dense forest. 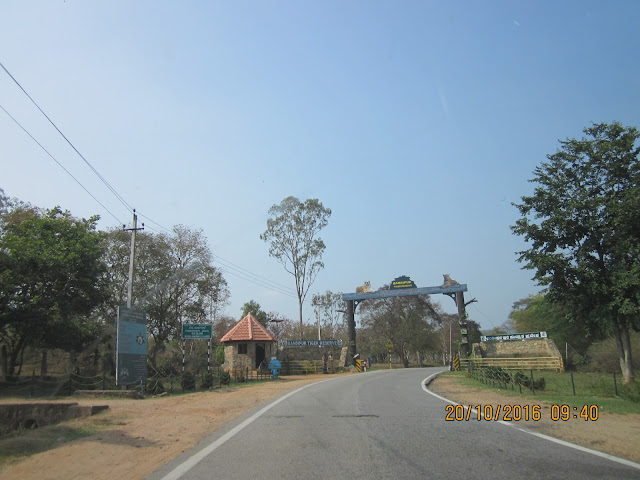 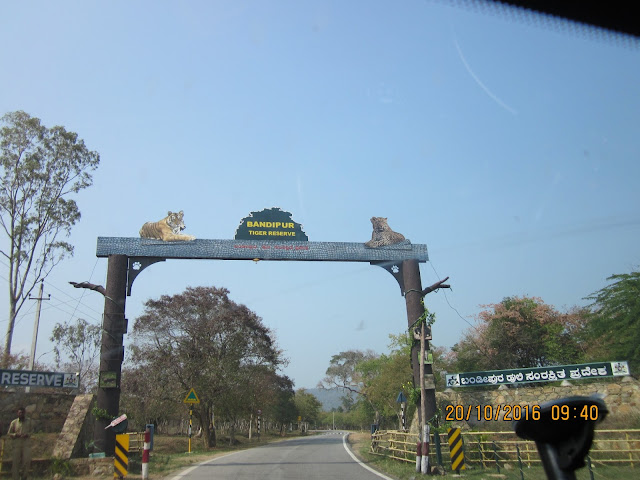 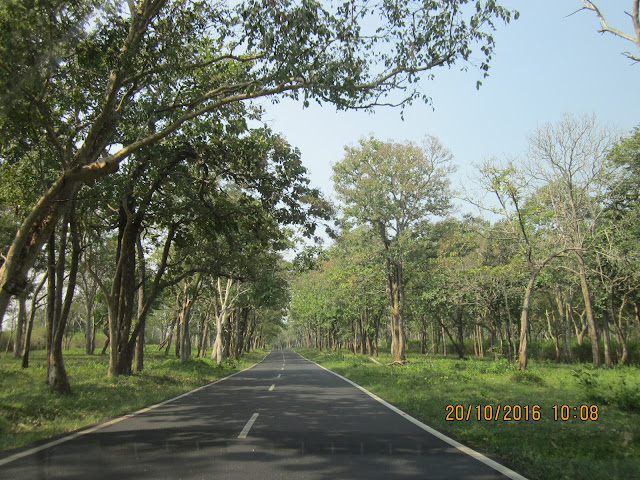 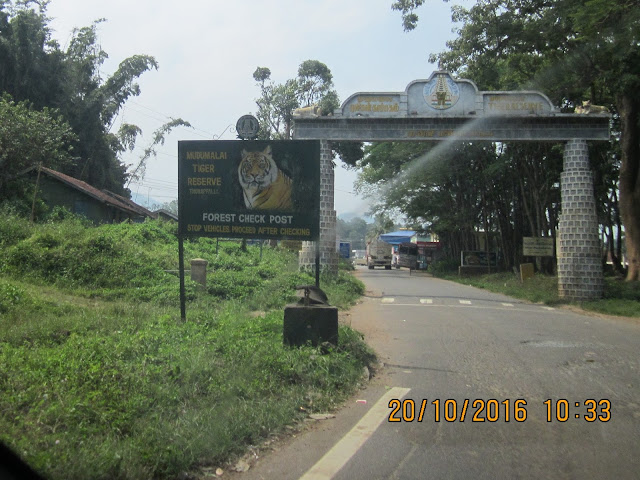 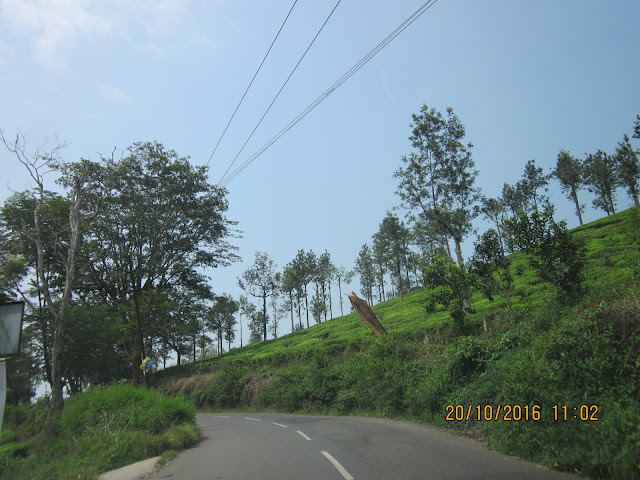 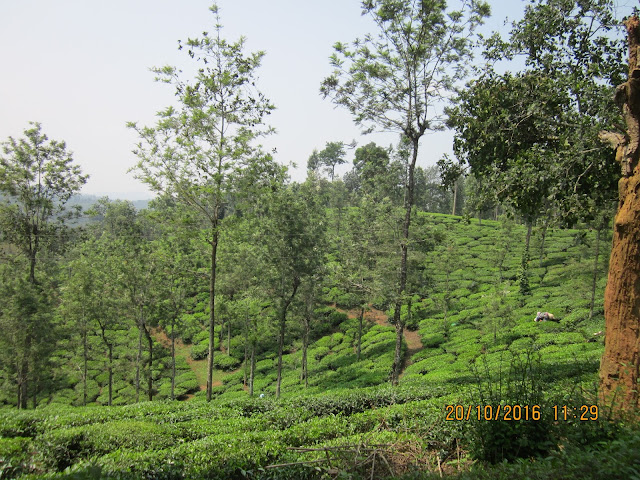 We reached our destination - Verdure Wayanad, a plantation resort at Kalpetta, and Mr Naushad the resort Manager was too happy to see us arrive driving all the way from Kolkata. It seems no one else has ever driven from Kolkata to Kalpetta before.

One of the best known hill stations in Kerala, Wayanad is located above 2300 feet above sea level and nestles in the Nilgiri ranges of the Western Ghats. Wayanad has been cited by the National Geographic Traveller as a choice destination. Its quite a popular destination in Kerala. Verdure Wayanad is the erstwhile coffee estate of Cadbury (300 acres). It has been now acquired by Mr George. Mr George stays within the plantation resort and ensures his guests are contented.

Presenting below a few random moments in an around Verdure Waynard at Kalpetta. 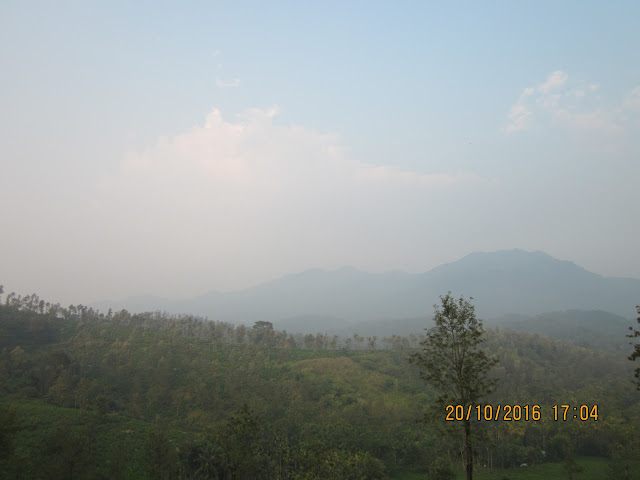 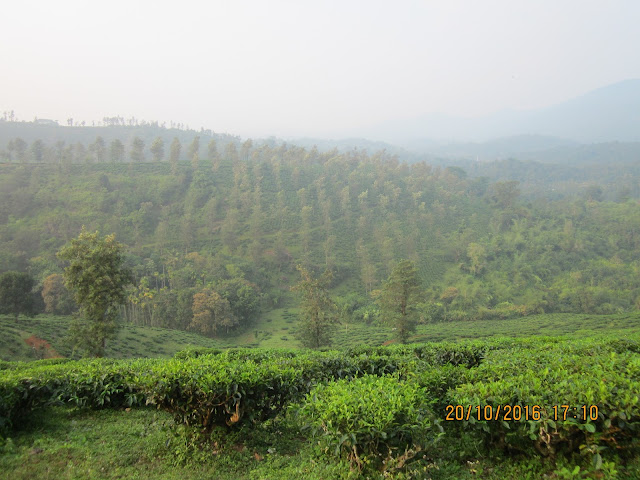 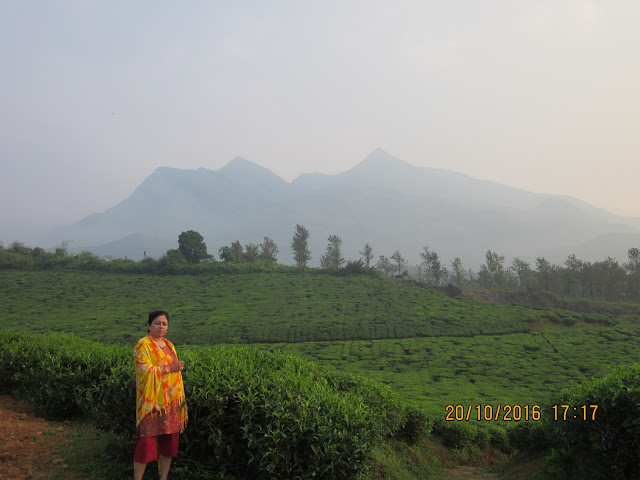 We were simply amazed by the setting of the resort. It is a dense rain forest with coffee, spices and other plantation. The best thing is it extends complete privacy in a 4 star comfort. The crew at Verdure Waynad led by Mr Naushad and Mr Abi make sure you are pampered during your stay. Being a tropical rain forest region, the unique thing about the Verdure Wayanad is every evening after sun set, water droplets would start condensing on the trees and you could hear falling raindrops in the forest area even though it wasn’t raining as such. At night the sound of raindrops were even more distinct and intense. The forest floor would be completely wet in the morning. Typical of a rain forest. The other great thing about Verdure Waynad is the wildlife within the estate. There were ample evidence of deer, rhesus monkey, giant squirrel, wild boar, spider, leeches and large varieties of birds. Mr George told me that over 40 species of birds have been spotted within the resort including the Malabar hornbill.

In a nutshell, Verdure Wayanad is unique and an outstanding resort amidst a rain forest. Mr George had offered to take us to his other plantation property, which I was told was even more exciting. The invitation was too tempting, but had to be postponed for the next trip. Meanwhile, Mr Naushad guided us in and around Wayanad and its magnificent country-side.


I was keen to visit Thalpetty WLS, supposed to be a good forest for sightings, but unfortunately entry to Thalpetty was closed due to a labor strike. We therefore visited Muthunga Forest, which was OK but not all that great. Its not a satisfying experience for many reasons. Will talk about it in a separate episode.

Tourists come in large numbers to Wayanad, for its natural beauty. Our main interest was to explore the bio-diversity of the region. Wayanad was essentially a paddy cultivation region, but over time it has grown into coconut, spices, tea and coffee growing region. Apart from witnessing the beauty of the region we did spend some time shopping for spices and other Kerala specialties including Kasavu Sarees ..... and also got my first walking stick for collection. 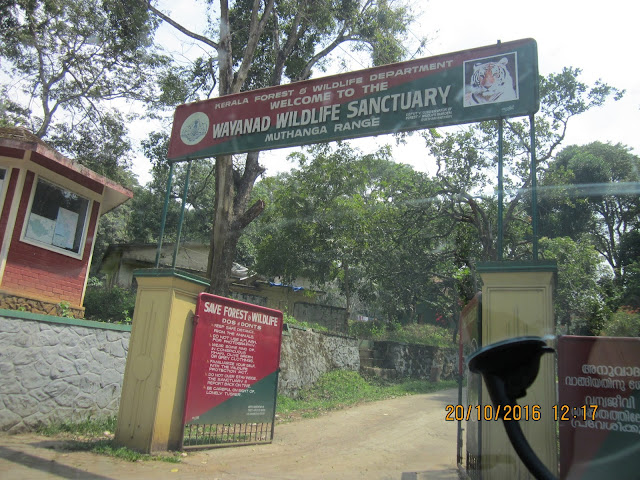 A distinct aspect of Kerala, which really struck us is the cleanliness ….. Kerala is the cleanest state in the country. This is a credit that goes to each and every citizen of the state. Hats Off to them! Don’t know from where this motivation comes, is it due to the 100% literacy rate, or culture and customs, we don’t know. But it definitely is a remarkable achievement! The cleanliness makes the experience even more pleasing.

The wildlife of Kalpetta is captured in the section that follows.


After spending 3 nights at Verdure Waynad, we moved on to towards the backwaters!