This part is more about friends and family than the drive. Wanted to meet some key people who have been a positive inspiration and do matter a lot. Tried to maintain a low profile on the drive from Panna to Bangalore via Nagpur and Hyderabad. The drive, moreover, is largely over plain stretches, on smooth well maintained roads, across vast tracts of agriculture. The key aspect being able to witness the overall development across rural regions due to improved road connectivity.

An appalling drive!  Sums it all..


The horror of driving in Madhya Pradesh continued beyond Panna.
No wonder there is no relevant update on the net about these roads. I guess, no one really ventures on these route unless it’s a dire necessity. NH 7 / NH 44 considered to be one of the most critical highways connecting Northern and Southern tips of India, lies in gross neglect. Though marginally better than the Singrauli – Panna section, it is riddled with craters and potholes that can rupture any vehicle's suspension, wheel, undercarriage and/ or the fuel tank. Of the 550 KM between Panna and Nagpur, roughly two-thirds of the distance is in dire state apart from the fact that most of it is single lane, off which the last 100 Km, across Pench National Park, was the worst. Our car had a few hard hits too.


The drive took us through Damoh ( via State Highway 49) and thereafter Jabalpur, Seoni, Rukhad, Kamptee into Nagpur via NH 7 / NH 44. At Seoni, the highway cuts through Pench National Park. It would have made immense sense to stop by and explore the setting in which Rudyard Kipling was inspired to write “Jungle Book” ... may be next time. Will plan a separate trip into the jungles of Madhya Pradesh.


Human defecation along the highway seems to be a distinct characteristic that was evident in MP, and is perhaps true for north of  the Vindhyachal region in general. Men, women and children, across the rural population, use open fields for excretion. PM Modi’s ‘Swach Bharat’ initiative needs far more serious push in these regions.

Our overnight stay at Nagpur was arranged by my ex-colleagues Sameer Deshpande and Manish Vyas, at CP Club ( Civil Lines). Although we just stayed for the night, really liked the regal atmosphere of CP Club. It had an old world charm.

Starting early, except a few morning walkers, most of the roads are empty which enabled us to exit the city quickly. The route was along NH7 / NH 44. The great thing is that the entire stretch is 4 – laned, and well maintained. I guess it ultimately comes down to the foresight of the State Government in keeping its road infrastructure upto the mark. Good roads will automatically bring in industry and growth. And in this respect Telangana / Andhra Pradesh (most of the states in South India) do seem to be quite pro-active.

Col Zia and I studied together in school. He hails from Ranchi and was commissioned into Corps of Engineers (Madras Sappers). Post retirement he settled down at Secunderabad. An exceptional officer and a gentleman. Seema (Col Zia's wife) is a charming and gracious lady. Together they make an awesome pair. Their two sons, well settled in their careers make one happy family. Runa and I would like to convey our sincere thanks to them for their warmth and hospitality.

Secunderabad Club is amongst the premier clubs of India. It has wide range of sports facilities including equestrian and sailing.  The bar, the food and the dining experience was exemplary.

With Col Zia's help, I got our car checked up and could manage to get the suspension fixed. The undercarriage and suspension had taken many a hit during this trip.

The twin city of Secunderabad and Hyderabad have numerous monuments and historical landmarks, many of which we have visited in the past, but every time you visit, there is something new that comes to light. Thus while the car was getting done, we decided to pay a quick visit to SalarJung museum, an institution that mesmerizes me every time I visit. Veiled Rebecca, Indian painting collection and the double statue Mephastoples – Margaretta are irresistible master pieces, amongst a host of other stunning collections. 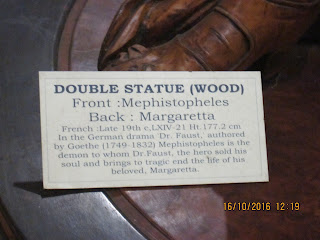 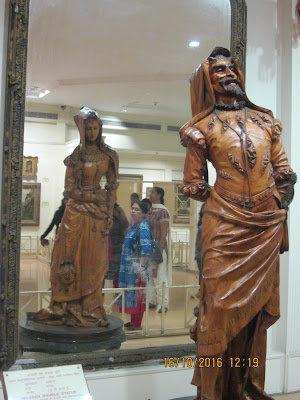 Since my first job was with CMC Limited (Computer Maintenance Corporation), in a way my first love too. CMC was an awesome family, a great place to start one's career. In the 80’s, most of us (CMC’ites) had to visit the R and D center at Secunderabad  very often for training and strategy sessions. This time, we drove past recollecting the old association with the city and how it had changed over time. Very nostalgic.

One of the evenings, during this visit, met with Asit Barma an old time friend, colleague and CMCite. It was great reliving the old days with Asit at Secunderabad, where our careers began. 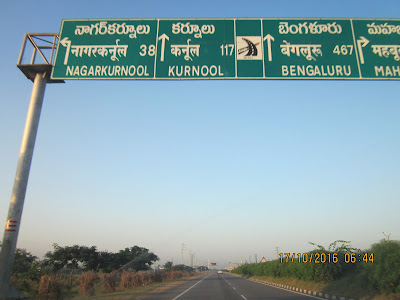 That gives you an idea about the splendor of the drive.  The entire stretch is 4-laned and well maintained. The drive as such was perfect... no incidents ... no surprises! 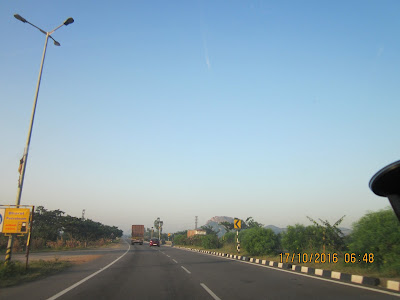 We checked into the Bangalore Club, yet another premier address. Our stay at Banglore Club was courtesy Saday Tewari, ex-colleague, dear friend, a person whom I greatly admire for his tenacity and enthusiasm. Bangalore as a city has changed a lot. In my honest opinion, it has lost its charm when you think of what it was a decade or two ago, its infrastructure is in a precarious state.


Saday an entrepreneur, golfer and an avid biker, has been living in the city for almost two decades. I have seen Saday transform over the years and I am so impressed that I do try and meet him every time I am in the city, he is such an inspiration.

The other family whom I desperately wished to meet while at Bangalore, was Abhishek Ghosh (Runa’s nephew). I admire Abhishek’s outlook and philosophy towards life. It has been my endeavor to mentor young minds like Abhishek and Sonia (an enterprising couple). Runa and I decided to pay them a visit to their new apartment at Hoody. We had never heard of Hoody while we lived in Bangalore. Getting to Hoody was an interesting challenge, to beat the office return crowd and get there at the appointed time. While we spent a lovely evening with Abhishek, Sonia (his wife), Tintin (son) and Radhu (Sonia’s niece), we realized during this trip how the traffic scenario has come to be, and what a challenge it is to commute in this once upon a time paradise called Bangalore.

No wonder people like Saday have taken to cycling as the healthiest, cheapest and environment friendly option. Saday cycles to almost everywhere no matter the distance ….10, 20, 100 or 200 Km, he prefers to bike than any other mode of travel.  I guess it is people like Saday who will perhaps make Bangalore a responsible city.

With a brief stopover at Bangalore we continued our journey into God’s Own Country – Kerala.